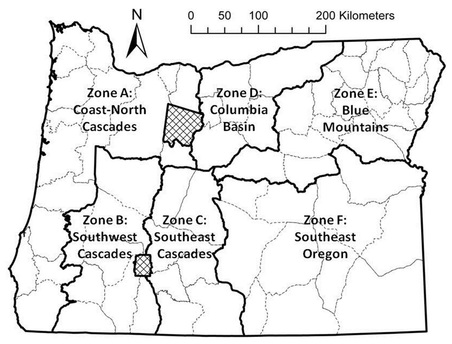 Management agencies are faced with many social, political, economic, and ecological challenges when managing large carnivores such as cougars (Puma concolor). Management decisions often relate to balancing population abundance with harvest objectives (in states where harvest occurs), but also managing real and perceived human-cougar conflicts such as issues with ungulate populations, livestock losses, and human safety. Population abundance estimates are highly desirable for monitoring populations and to support decision making.

Age-at-harvest data (e.g., sex, age, date of harvest) may be collected through a mandatory or voluntary check-in process and are advantageous for estimating population trends of wildlife species over large spatial extents by evaluating the demographics of harvest based on species life history and harvest strategies. In addition, these data are beneficial in that they are logistically and economically tractable to collect. These data may be used to reconstruct populations for abundance estimation if additional data (e.g., age-specific survival estimates, harvest probabilities) are incorporated. Decisions related to hunter-harvest and damage management may rely on population estimates and sex-age population structure derived from population models.

Contemporary analytical methods are available to fully utilize harvest and other data, such as fully stochastic population reconstruction methods using hierarchical Bayesian models. These hierarchical models will directly produce estimates of the precision of population size as credible intervals for each annual estimate. We are using age-at-harvest data with a fully stochastic population reconstruction method and Bayesian hierarchical modeling to estimate cougar population abundance, precision of those population estimates, and other life-history traits in each of 6 cougar management zones and statewide in Oregon. We are also comparing these estimates with statewide and zone-level population estimates from the deterministic model currently used by the Oregon Department of Fish and Wildlife. Finally, we are comparing two different model structures to assess the possibility that recent increases in harvest resulted from increases in the number of hunters rather than increases in the number of cougars.